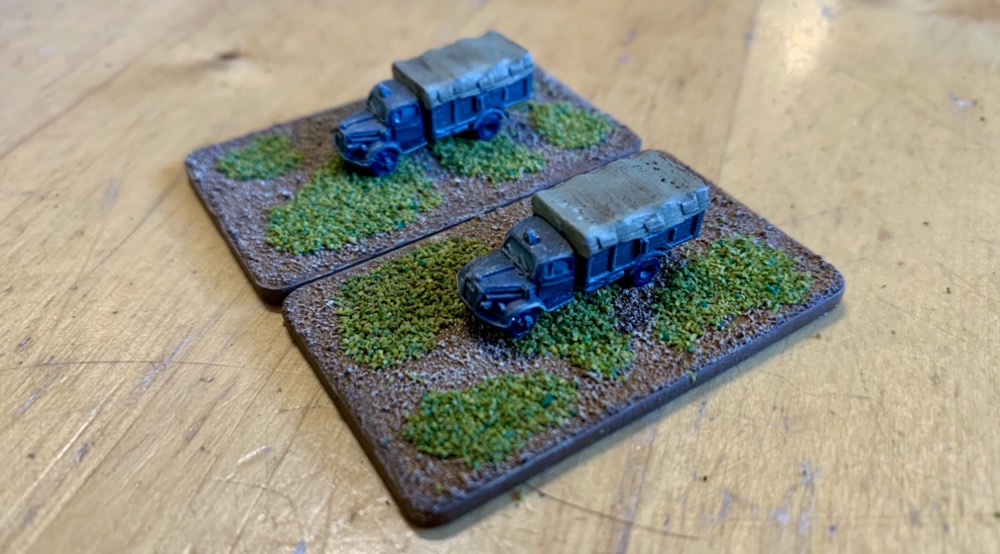 Over the weekend I finished my second Roman century for Infamy, Infamy! To differentiate them these guys got blue shields. No-one seems to know anything for certain about the colour of Roman shields but there is a line of thought that each century’s shields were differentiated in some way. Perhaps with a unique pattern. Mine got a different colour shield – which I think will work well on the tabletop.

The two units look good together and they give an impression of a significant boy of men which is exactly the look I was going for.

On the back of the bases I put two 7mm dice holders which I will use to track casualties and I didn’t want to use figure removal with such small figures.

Although I am mainly focused on my Napoleonic Peninsular War project, I have been unsurprisingly sidetracked by not one, but two other 6mm mini-projects. Both of these are intended to remain small exercises. Let’s see how that goes!

The first of these is 2 forces for “Infamy, Infamy!” By TwoFatLardies, where I have decided to put together Roman and Germans.

Infamy, Infamy! is written as a skirmish game, but I like the effect of lots of small troops on the table so I have decided to use eight 6mm figures for each regular 28mm figure that would normally be used in the game. This has roughly the same footprint. This gives me 64 figures to a base – which is pretty close to a Roman Century, especially if you assume that there wouldn’t have always been 100% of the troops available at any point in time.

I used a very quick painting process, which is pretty much the same as my tip-top very best painting process (!), and did them in a couple of hours. I think they look OK.

So having done my first platoon of the new Baccus 6mm Germans the next logical step was to add some support weapons. I chose to do a Pak40 and battalion mortar battery, Still using FoW medium bases which are working nicely. 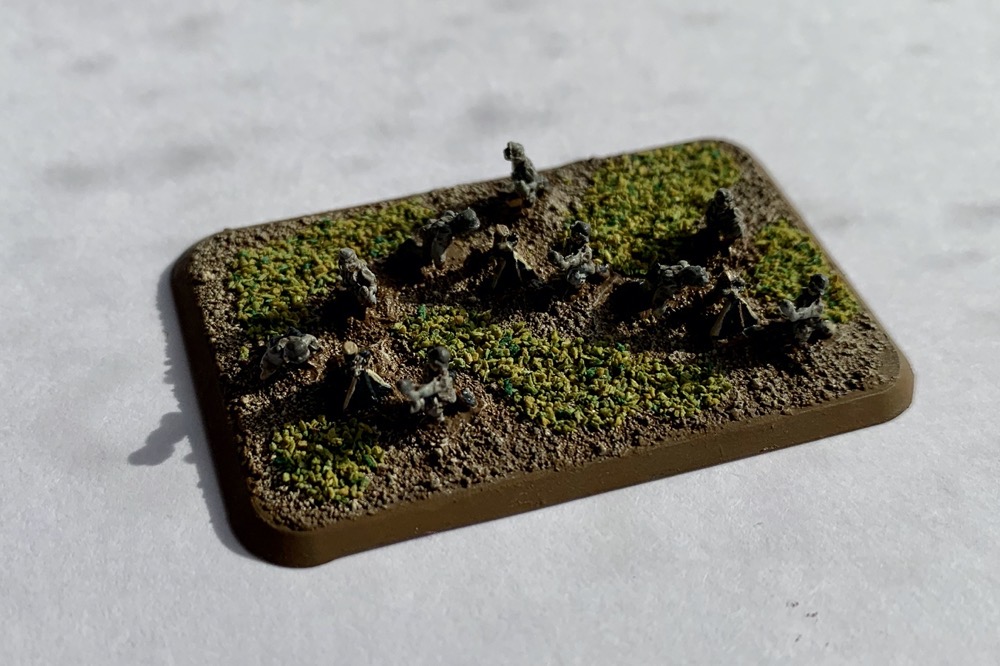 One of the things that attracts me to 6mm is the ability to field large numbers of troops. I like the mass effect. I’m not interested in using them to play smaller games.

So having tried basing the new Baccus 6mm Germans on 2p pieces I thought I’d try going bigger and basing them on FoW medium bases at 1:1.

I went with 9 figures per section as I think they would rarely b e at completely full strength.

Quite happy with the result.

Couldn’t help myself. I got a few of the new Baccus 6mm WW2 Germans to try out. Lovely little figures.